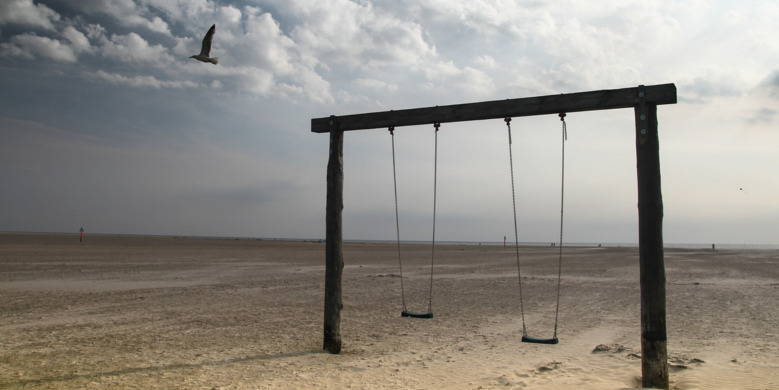 Bullying - A misnomer in preschool terminology

The idea of of writing this musing is to present a case to state that the word 'bully' is not a relevant one to describe a child in an ECE environment.

As a teacher, I have always thought it inappropriate to label children in this age group with a negative connotation. This has long term effects on a child as he could very easily grow out of a particular behaviour with guidance at this stage of development. These are the years for children to develop their social skills, and comprehend the foundation for socially acceptable behaviour. I feel that the word 'bully' has a very negative connotation for any young child before they even comprehend the concept. Let me reason why I believe 'bullies' do not exist in early childhood settings and why we should not label them so. Behaviour management is an important area for us as teachers to keep reflecting on. We need to keep working on strategies depending on the type of behaviour of the individual child that we are addressing. I consider the development of social skills for children as the key factor for teachers to address and promote in the environment.

Farrell (1999) states that, "A range of authors concurs that bullying is repeated, intentional, gendered oppression, of a physical or psychological nature, of a less powerful person by a more powerful person or group of persons and exclusion from the social group" (p. 40). Now think of any child in your early childhood establishment and decide for yourself if any of them fit that description. These are adult perceptions of people with intentional behaviour that is repeated and I suggest that bullying is different from aggression. Tepetas et al. (2010) cites Olweus (1993) who states that, "There is a general agreement that for a behavior to be considered bullying, it must have three elements: It must be intended to harm, it must be repetitive, and a difference of power--physical, social, or other--must exist between the bully and the victim" (p. 1675). With current teacher-child ratios in an early childhood environment I cannot fathom how this adult perception of the word could even have a place. Teachers as a team are aware of a child's patterns of behaviour and address them through positive guidance. Farrell (1999) reiterates this point as she states that, "In early childhood education, however, we note a relative paucity of research into bullying using the nomenclature of the bully and the bullied or victim. Perhaps a different lexicon is used by early childhood teachers to provide descriptors of the deleterious attitudes and behaviours which others may describe as bullying" (p. 43).

Drewery & Bird (2007) suggest that bullies are,"people who intentionally harm another person, are not fully developed in social role-taking, that they do not realise how extremely harmful their actions are to another person" (p. 195). I would consider this to be the case during post preschool development, otherwise, we would be labeling a child who bites, snatches toys, pushes, or not being able to keep his hands to himself, as a bully. Intent is the key word for me in that definition and I do not think that children in their early years have yet developed that cognitive function to that particular level. Aggression is a different issue and we all have to deal with it in some form or another during our working day. Strategies that we use to deal with inappropriate behaviour need to be consistently applied by a teaching team. Boundaries are then automatically established and a social awareness around those boundaries begin to develop. That is why ongoing PD is also vital to keep up the momentum of our own reflective practice. A programme like 'The Incredible Years' is one such behaviour management programme that I can think of offhand that offers strategies for us to take back to our own environment, and to apply them as we see fit. The foundation before applying any strategies is to build a strong relationship with the child in question for these strategies to be effective.

Not enough research has surfaced around bullying in preschools in comparison to what has been established in this topic regarding older children. Alsaker & Nägele (2008) have conducted studies that suggest bullying does occur in preschools and offer examples of day care centres in Norway, Switzerland, and United States. They also state that,"we still need more precise knowledge concerning the similarities in bullying between younger and older children, the impact that bullying and victimization has on younger children's well-being, and the stability of the roles before and during the transition to elementary school" (p. 230). Once again we are getting into lexical semantics around the word bullying. The demarcation for me between aggression in preschool and bullying at school is a more developed social mindset during the school stage when there is intent to victimize. I do feel that this intent is beyond the cognitive capability of preschool children and once again state that social skills and understanding are still in a developmental stage. The behaviour in preschool could be the precursor to bullying that sets in with intent at a later stage, but that doesn't mean that we label a child a 'bully' right from preschool. This is where we as preschool teachers play such a defining role in our behaviour management strategies. Offering positive guidance based on a centre's policy, as well as one's own pedagogical beliefs, further strengthens my stance of a necessity to have 100% qualified staff at a centre that cover acceptable ratios.

In conclusion, I request my fellow colleagues in the ECE profession to not get too caught up with semantics by applying the word 'bully' with reference to a child in the early years. Let them learn their social skills through trial and error, as well as role modeling and guidance from us. This will enable them to build on their foundation towards a greater social awareness in their school years. Sure, some may turn out to be bullies in the future, but to stigmatise them from the start does not offer them any positive guidance towards a better social understanding.